Around Medieval Churches on Gotlandsleden

The map was created to portray the Swedish island of Gotland in the Baltic Sea focusing on its many medieval churches and the 500 km long bike trail Gotlandsleden leading around the whole island.

The island was Christianized in the twelfth century and more than one hundred churches were built, many of which are still in use today and can be visited. A popular way to explore the island and its rich cultural heritage is taking the bike. This is why Gotlandsleden, a 500 km long bike trail, is a central feature of the map. It is colored according to the elevation at each point of the trail.

The map uses data provided by the Copernicus Land Monitoring Service and OpenStreetMap and features hand-drawn illustrations that visualize the timeline of how churches were built as well as the official regional plant, bird and fish of Gotland.

The map was created within the class Project Map Creation at TU Wien in the summer semester of 2019. 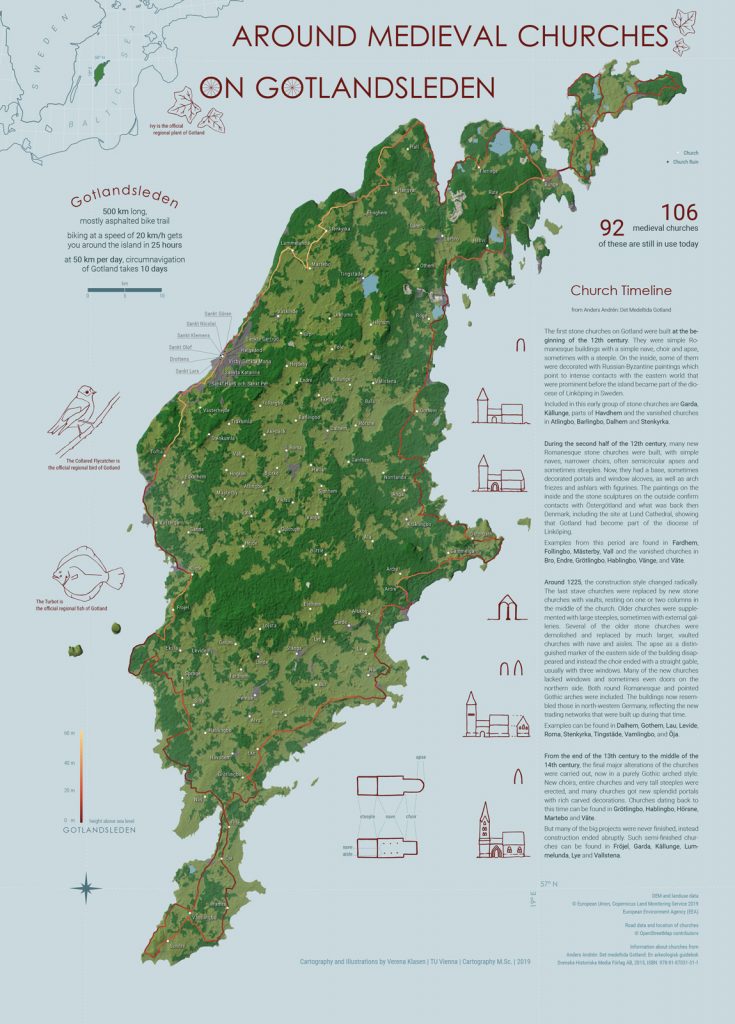 Have a look at all the interesting details in the larger version in jpg format (2.1mb).

Previous The Return of the European Beaver
Next The Polar Fanzine