The Return of the European Beaver

The Eurasian beaver (castor fiber), Europe’s largest rodent, has a long, albeit cruel, history: once common in most European countries, it was hunted for meat and fur, so that its population was reduced to a few hundred specimens during the 12th century. These survived in eight separate populations on rivers in Europe and Asia. Today, the beaver is once again a valued creator of riverine landscapes and is gradually reclaiming its original habitat.

The purpose of the map is to showcase the historic and current extents of beaver spread in Europe, as well as the few spots where Beavers survived. The map is showing the story of how the beaver was on the brim of extinction because of human hunting, and how it recovered once it became protected. Nowadays there’s over 1 Million beavers in Europe, and it’s common to spot beaver traces on the banks of rivers. The map is supposed to give the user a feeling for the closeness of having this animal exterminated forever.

The map was created within the class Project Map Creation at TU Wien in summer semester 2019. 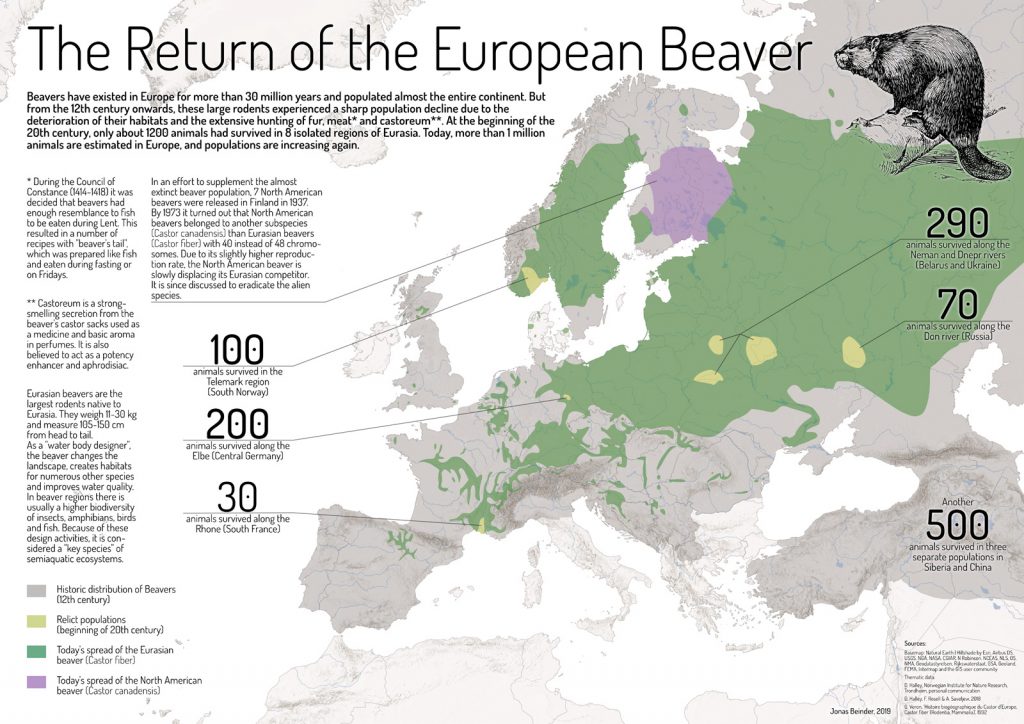 Have a look at all the interesting details in the larger version in jpg format (2.2mb).